Weed is good! Or is it? Know why weed is good and why it is not!

Weed comes from a plant popularly known as cannabis. The weed plant grows naturally in different climes. However, now it is being cultivated for commercial purposes under controlled environments too. Weed or Cannabis is known to mankind for more than 2000 years. The earliest reference of weed can be found as far back in the history as in the writings by Chinese emperor Shen Nung (considered to be the father of Chinese agriculture) in 2753 B.C.E. In its long illustrious history, weed tickled man’s imagination and earned many different names such as – grass, pot, hash, weed, reefer, dope, herb, mull, buddha, ganja, joint, stick, buckets, cones, skunk, hydro, Mary Jane and the list can go on.

Mankind has been in the know of weeds’ numerous properties. However, the most notable property that got weed all the fame and notoriety – is its ability to cause high. This high is a form of an escape from the harsh realities of life. This is a prime reason why weed is such a big industry, growing exponentially year after year. Still, since time immemorial,  there are two schools of thoughts – is weed good or is it otherwise? We will look into the good and bad sides of this natural wonder. Hopefully we may then safely conclude if weed is a boon or a bane?

Weed or Hemp or Cannabis is a flowering plant. Cannabis plant has two basic kinds or genus to be precise – Cannabis Indica and Cannabis Sativa. Cannabis ruderalis – is a third lesser-known genus of interest to us. As mentioned earlier weed has been a topic of eternal debate on account of its interesting chemical properties. These chemical properties invite further scrutiny on account of the effects it induces in human body after its consumption. 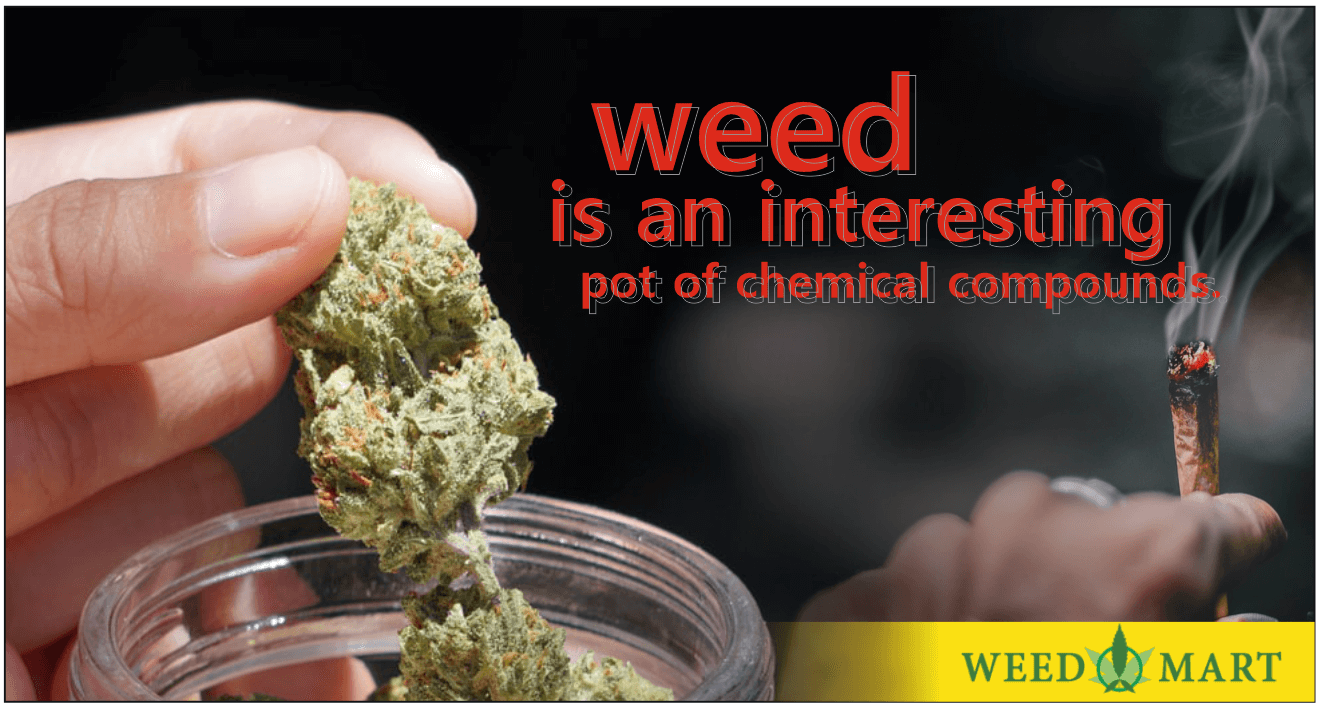 What chemical properties of weed makes it interesting and why?

Weed is an interesting pot of chemical compounds. Cannabis plant naturally produces many chemicals. Cannabinoids are chemicals which induce mental and physical effects in human body. It is queer that a weed plant produces more than 100 different cannabinoids, however, the two most notable cannabinoids stirring up the entire debate about why weed is good or otherwise; are Delta-9-tetrahydrocannabinol and Cannabidiol (CBD). Of the two; Cannabidiol (CBD) is the non-psychoactive cannabinoid. While, Delta-9-tetrahydrocannabinol, abbreviated as THC, is the principal psychoactive cannabinoid, scientifically proven to cause a “high”.

What is a ‘High’ from the cannabis?

A “high” is an altered state of mind and body. However, the nature of high differs for people with different body compositions. But, the general effects characteristic of a high has different names: euphoria, sedation, relaxation, paranoia, delusions, numbness to pain, dizziness, cottonmouth, dry eyes, increased hunger and so many other. Different strains of weed induce different kinds of high.

To correctly understand how weed causes high and to safely conclude; if weed is good or bad for consumption, first we need to know basic elements about weed and the science around it.

While I stated earlier that it is Delta-9-tetrahydrocannabinol (THC) that causes the high but Cannabidiol (CBD) with its presence affects the nature of the high. So, CBD, either, supplements, complements or counters the effects induced by THC. Thus, CBD acts as an anchor that lets you float but protects you from drifting afar.

What is the connection of Cannabinoid with human body and mind?

Endogenously produced cannabinoids are Endocannabinoids. They are fatty compound (lipids) which upon activating cannabinoid receptors (CB1 and CB2) present in the human Central Nervous System induces similar effects produced by the psychoactive cannabinoids of cannabis, most notably THC.  In fact, Anandamide was the first endocannabinoid discovered in human body.

The science of a cannabis-induced high 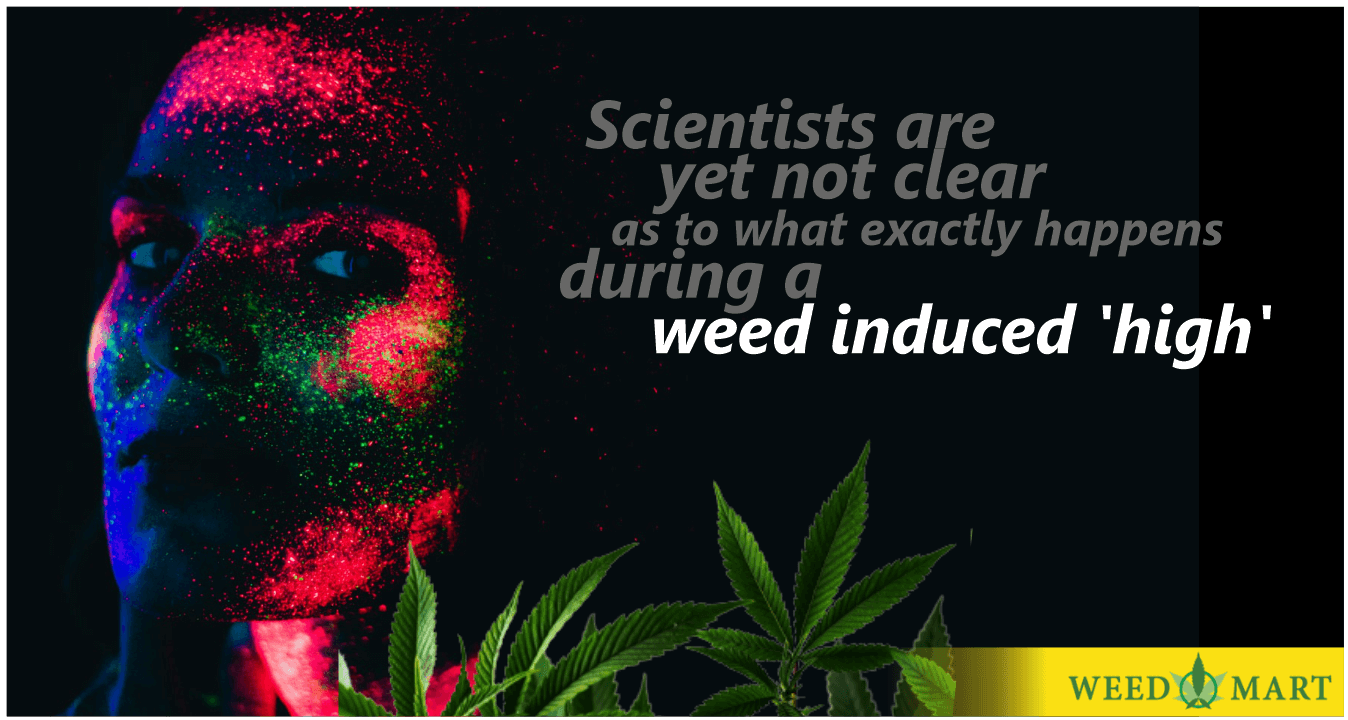 When a person smoke weed or cannabis, THC goes into the lungs and it gets absorbed into the blood. Through blood, THC passes through blood-brain barrier entering into the brain. Here THC attaches to CB1 and CB2 receptors that ordinarily binds with endogenous endocannabinoids, which the body produces itself.

Smoking weed causes an overload of endocannabinoid passing through the blood-brain barrier which alters the default mode of the Endocannabinoid system leading to state of high. Scientists are yet not clear as to what exactly happens during this ‘high’. The situation gets even more complicated as neural signal cascades through supremely intricate circuitry which functions at a very high scale. Consider this that there are about 85 billion neurons and more than a 100 trillion neural connection in human brain. Adding to this complexity is the fact that the country places restrictions on cannabis research. But to put it simply and plainly, THC alters the default mode of our brain function. It does so by combining with endocannabinoid receptors present all across the brain causing a notable alteration in our perception of reality.

It is precisely this ability of weed to alter our perception of reality that frightens a section of society. 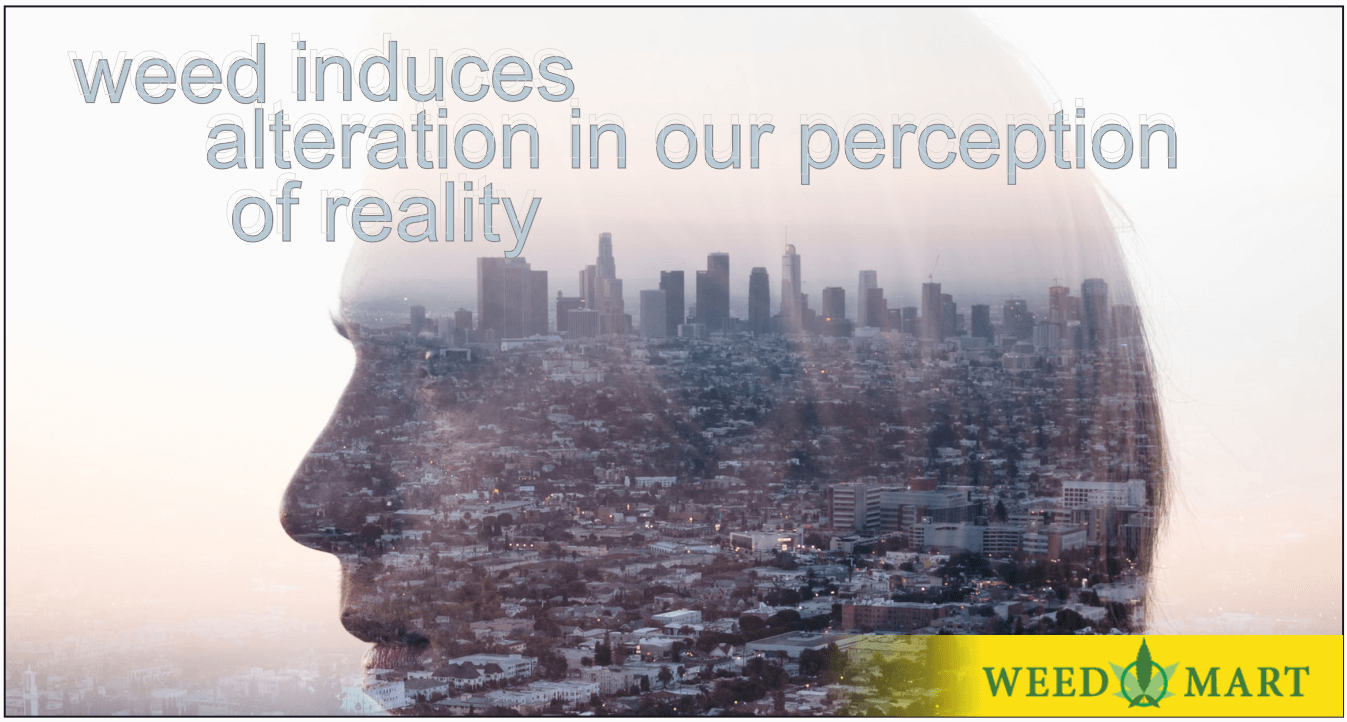 Why Weed is good?

Now let us put the points in favor and against the goodness of weed. The arguments presented are based on the information shared above in this post. To fully understand the context of the arguments, I would suggest that you read the matter above, again.

Many things can also be said against the statement – weed is good.

We learned that Endocannabinoid System (ECS) affects many important physiological functions. Weed showing to affect pre and postnatal developments is a huge concern. When a pregnant woman for instance consumes weed, she is endangering the baby growing in her womb. Smoking weed affects memory and learning – two extremely crucial aspects of personality. Endocannabinoid system is also closely linked to psychotic and mood disorders. So, in all weed has the capacity to upset the delicate balance. We need to know more about how weed affects our brain. Therefore, at this time a large section of society feels that we are not yet ready to fully embrace weed to using it liberally as many would want.

Weed is a Schedule 1 Drug

United States Drug Enforcement Administration has categorized weed as Schedule 1 drug. By enlisting it as a Schedule 1 drug, the government has NOT authorized it for medical use by medical fraternity. This is because some believe that weed has the potential to induce worrying psychological and physical consequences. Weed poses serious threat for dependence and abuse. It is no wonder why weed or cannabis consumption is a grave topic of debate and discussion.

Cannabis is also labelled as a gateway drug. According to National Epidemiological Study of Alcohol Use and Related Disorders, people who smoked weed as adolescence were more likely to develop alcohol use disorder within 3 years. Also, people who were already consuming alcohol were at the greater risk of worsening their condition, later.

Now we shall look at the points that support weed as a good substance.

Weed is a product of nature

The first point of the argument in support of the statement – weed is good; is that it is a natural product. The plant has been in existence since God knows when. Weed is abundant with natural properties that can benefit man. Though there are many other uses of cannabis plant, but we shall focus our attention to weed for its ability to induce a high.

The interesting fact that both plants and human produce cannabinoid naturally supports the argument that weed is good for human consumption. The presence of a well-developed system in human body to deal with cannabinoid lends credible merit to the statement – weed is good. 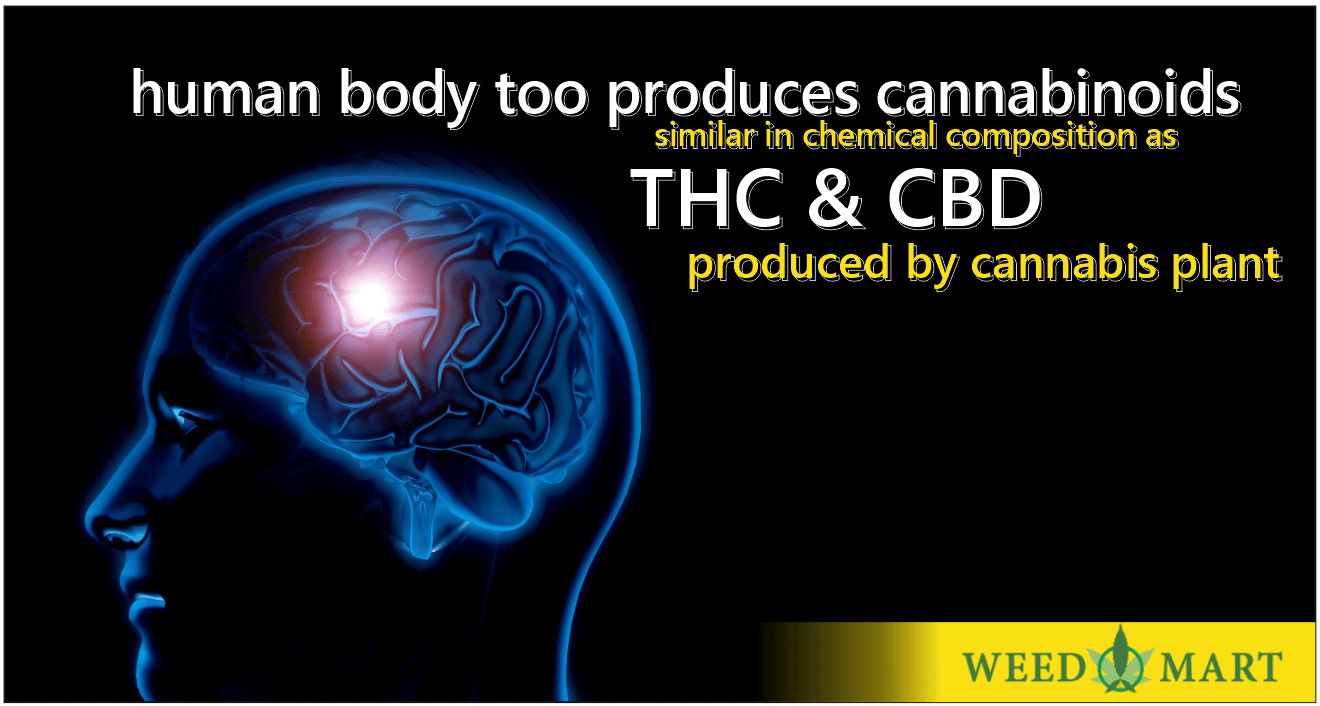 In addition to above, there are many evidence that THC, CBD and other cannabinoid have proven beneficial in managing many health-related issues. Many patients on their own have resorted to using cannabis to addressing and managing several critical medical ailments. There are several anecdotal evidence supporting benefits of medical marijuana. Due to political constraints research has limitations but the advocates for ‘weed is good’ are increasing day by day. A change in legislation regarding weed is a testimony of its goodness. 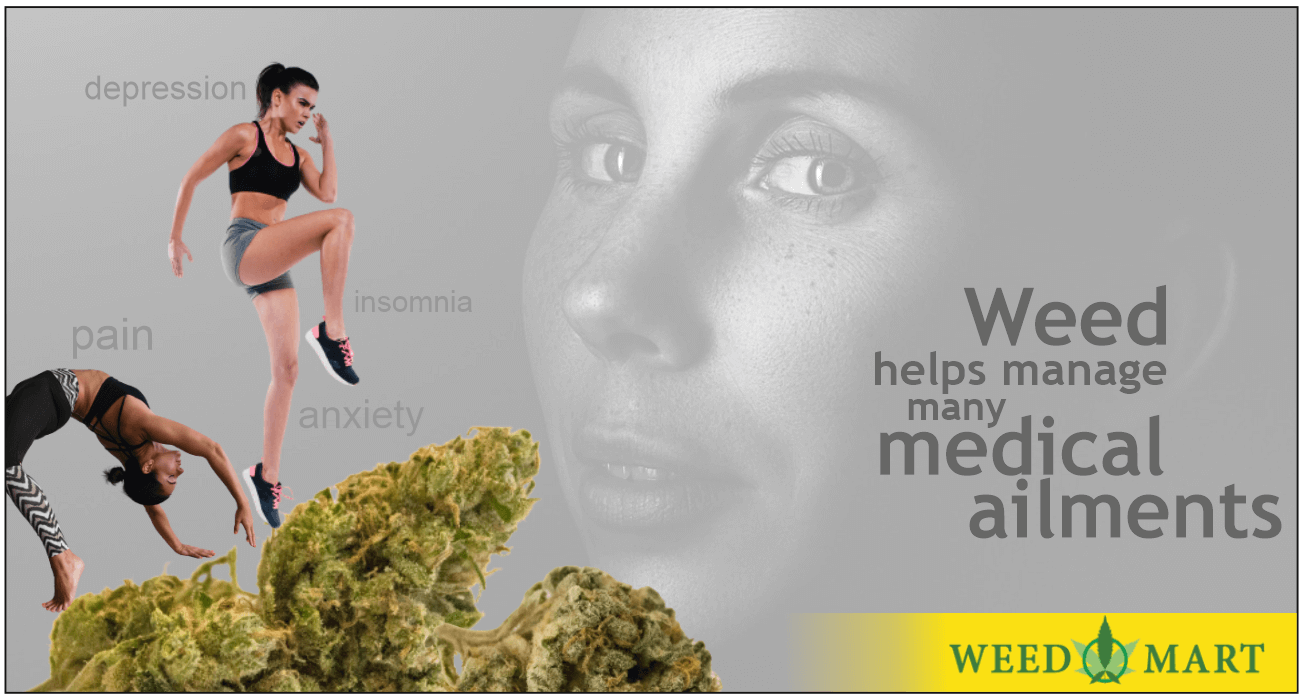 So, we can safely conclude weed is good when the intention is good. Having said that there is a fine line between use and abuse. This line between use and abuse is still not clear on account of lack of scientific knowledge, as clinical studies are lacking due to governmental stand on the status of weed. Without the government allowing research into it, it is difficult to make any progress in clearing up fog surrounding the question – Is weed good or bad. So, the wisdom is in being cautious and practicing moderation. Hopefully with change in the mindset of people especially who frame government policies, there will be more research on weed for greater clarity on the question and benefit of mankind.

One Comment “Weed is good! Or is it? Know why weed is good and why it is not!”